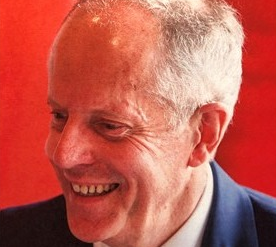 Dean Cooper was a lawyer for over forty years before retiring in September 2019. Throughout his career, he practised predominantly as a civil litigator working on personal injury and workers compensation cases. In 1984, Dean became a partner in a legal practice in Devonport which focused mainly on civil litigation. This firm merged with a commercial litigation firm in 1988 where he remained a partner until he moved to Hobart in 1996 to continue his legal career.

Dean saw many changes in the law during his career including significant legislative changes such as the Family Law Act, Civil Liability Act and the 1988 Workers Compensation Act. The last two Acts imposed severe restrictions on the capacity of injured people to claim damages arising from the negligence of others. For example, an injured worker could not sue his employer for damages regardless of the degree of negligence of that employer, unless the worker had suffered a 20% permanent impairment of functional capacity. When the Act was first introduced the caveat against an employee suing and employer was a 30% WPI. After constructive criticism by the legal profession, the percentage was reduced to 20%.

Dean retired in 2019 but continues to keep himself busy. Dean is a licensed Inquiry Agent and continues to work investigating accidents. This work encompasses industrial, public liability and motor vehicle accidents. For this role, insurance companies, businesses or lawyers engage Dean to interview and obtain statements from persons involved in an accident including drivers, passengers, witnesses, employers, and injured persons. The benefit of this work is that it takes less of a toll on Dean because his involvement in the case is short-lived. During his career as a civil litigator, Dean worked on cases that lasted years; this was emotionally taxing because he was continually thinking about the case.

Dean says that because of this mental burden he is proud of the fact that all three of his daughters took his advice and chose other career paths. Dean has been a Fellow of Jane Franklin Hall since 2005, where he openly shares this sentiment with law students and attempts to make them understand the reality of being a litigation lawyer. In this role, Dean prompts law students to consider an alternate pathway at the end of their law degree. He says alternative careers include sports and business administration, politics, policy adviser to Government and Opposition members and journalism. He believes all these careers can be rewarding and meaningful while allowing a better lifestyle than practising law.

In addition to his roles as an Inquiry Agent and Fellow of Jane Franklin Hall, Dean keeps himself busy gardening and exercising. Dean has always been active; he was a football player, umpire, marathon runner and triathlete. He continues to stay active by riding his recumbent bike and going to the gym. Dean lives on fifty acres of land and is spending his COVID-19 lockdown clearing paddocks and tending to his one acre of formal garden. Dean also spends his time travelling overseas because he enjoys meeting interesting people. Dean travelled to Scandinavia and Europe in 2019, and in February 2020 he went to South Africa where, after presenting a paper at the Asian Racing Conference in Cape Town, he spent four weeks travelling with his partner through Namibia and South Africa.

Dean has been involved in the horse racing industry for virtually his whole life. In 1968, Dean told his father that he knew a particular horse would win the Victoria Derby. His father backed the horse, Savoy, at 12/1. It won. Twenty years later Dean and his father went halves in a horse. The horse, Halyer, was trained in Tasmania and won 32 races across Tasmania, Victoria, New South Wales, and Western Australia and almost $400,000. A positive return from a $5,000 investment.

Dean was able to combine his knowledge of the law with his love of horses. Dean began representing trainers, jockeys and drivers who wanted to appeal convictions and penalties imposed by racing Stewards. He must have done a good job because it was not long until the Stewards asked him to represent them. Dean was appointed Honorary Legal Counsel for Harness Racing Australia in 1994, a position he still holds. He was a Director of Racing Australia and continues to chair the annual thoroughbred Chairmen of Stewards Conference which involves Stewards from Australia, New Zealand, Singapore, and Hong Kong. Dean has been a Director of Tote Tasmania and Chairman of the Racing Integrity Assurance Board. In 2009, he was appointed to the Board of Tasracing and was Chairman for three years before stepping down in November 2018. To enhance his positions on the various Boards, Dean returned to UTAS and completed a week-long intensive Company Directors course.